What’s going on in my Garage –Man Cave – Junk Yard

Kevin suggested we keep each other up to date /entertained with what we are each doing to keep occupied with our vehicles during this time of isolation with no meetings and events to occupy ourselves
I’ll start, last year I decided to go to LED lighting on my 6Volt Traction Avant, Indicators and side and stop lamps. The reason for this is simple I was fed up of not been seen, I had indicators but 6V and festoon bulbs were not seen by modern drivers and the Citroen brake lights were a mixture originally only having one unit another being fitted as an update from 1950’s models with what I think is very dark red glass and even I had to admit could be seen on a bright day. Along with all this living on a main road which we do, in Left hand drive car, with 6Volts was dangerous, Hand signals even if understood by those behind, no good as LHD and if you waved out of the driver’s window when turning left it causes great consternation to those behind as was passenger trying to get out/escape from this vehicle in front.
So the job was started, I bought from one of our January auctions a pair of indicator units that could take LED single filament bulbs, acquired two old side light units from Ebay  for the front that with a little fettling took the shortest LED bulbs I could find ,and were painted Black ( the chrome was past it)
I made some lamp brackets that attached to the bumpers and that didn’t catch the rear boot lid and were obvious to those following from some 22mm copper pipe bent and flattened. I had to replace the flasher unit with modern electronic 6V unit as the old ones won’t trigger with the small current used by LED’s another benefit when using 6V.  All went well and worked but on first outing to the Bonded Warehouse weekend. I realised not having a warning light I could not tell if the indicators were on or not, by my normal method of seeing the ammeter wobble so had to find a bleeper that was fitted and can even be heard over the cacophony of noise made by a Traction.
That was last year during the cold season I investigated how to sort out the rear lights. Because the units use festoon bulbs and 6V LED Festoon bulbs are big and didn’t fit on advice I went to  Classic Dynamo & Regulator Conversions  wwwdynamoregulatorconversions.com  and purchased some LED boards that fit inside D and pork pie Lamps etc, the board having white LED on one edge to light up the number plate and two phases in the red LED’s lower for side light and high intensity for brake. Don’t ask me how but they can do wonders with these LEDs and Phil the owner will always explain to you if you really want to know.
So come the last few weeks as the tundra frost has left my garage I have been fitting these units and can say that they work and can certainly be seen. See photos and I will feel much more confident slowing down and turning into our drive.
What next full service on both cars as the TR was not used last year and the Traction is due refreshing and maybe a look at the paint work, repairing the damage done by the wall across the road from when it went walkies by itself after I parked it on the side of the road. That’s another story for those that haven’t heard it.
Take care of yourselves and try and get something positive done in these trying times
Chris 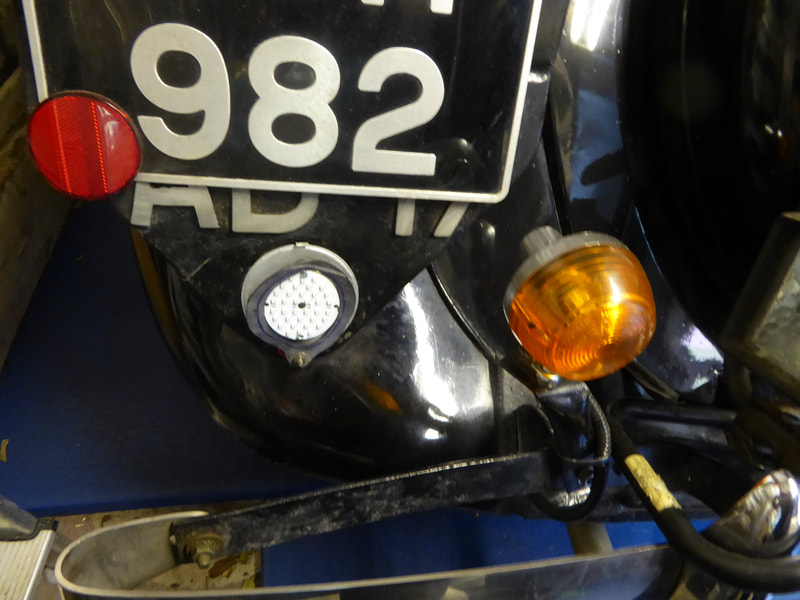 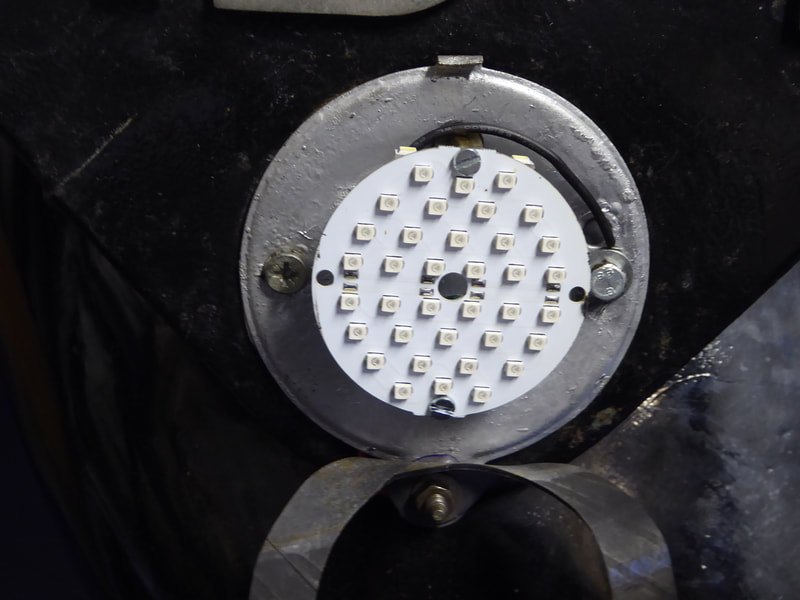 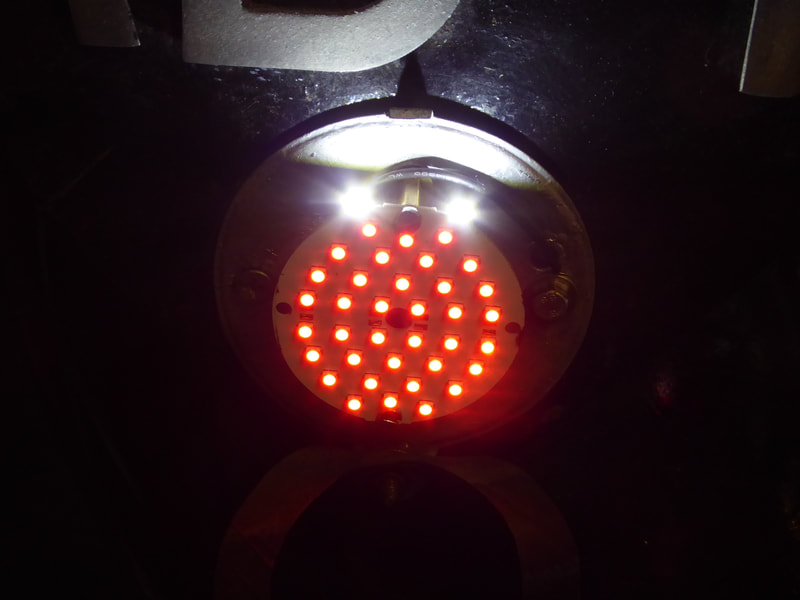 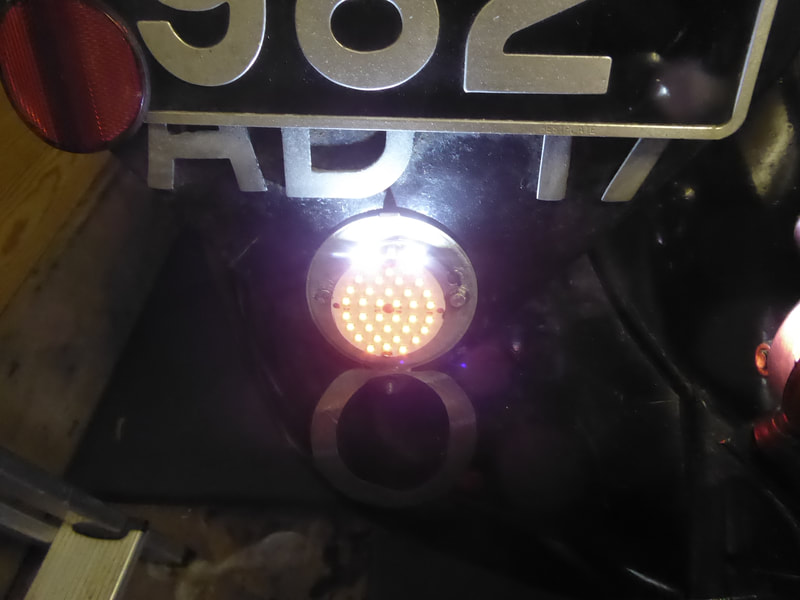 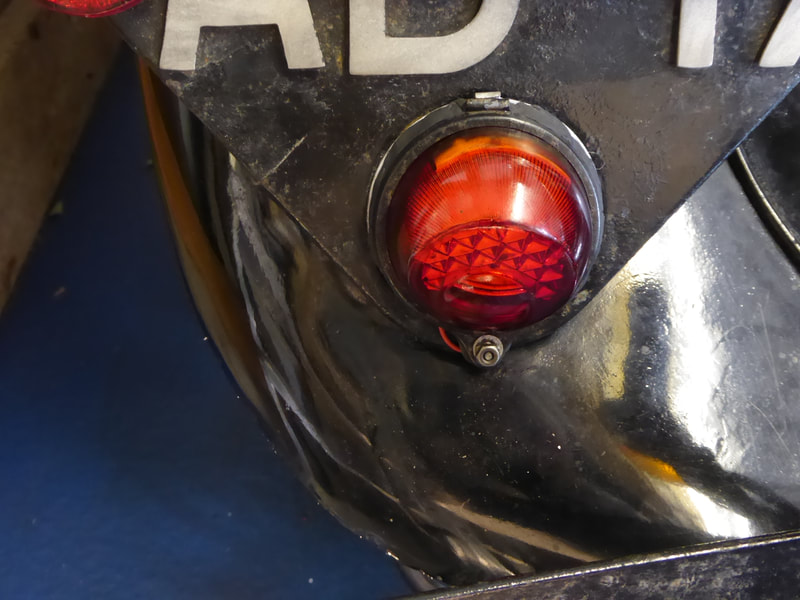 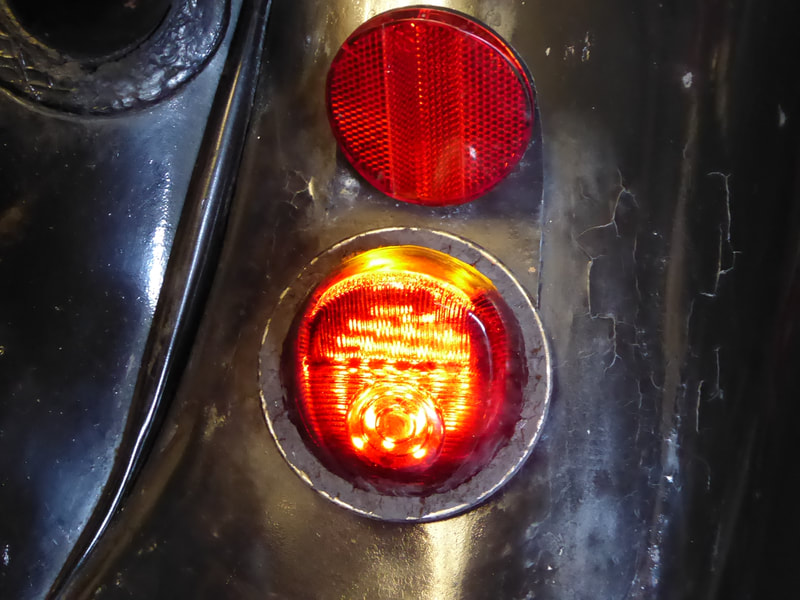 Guess Who John Lees ---Those were the days! 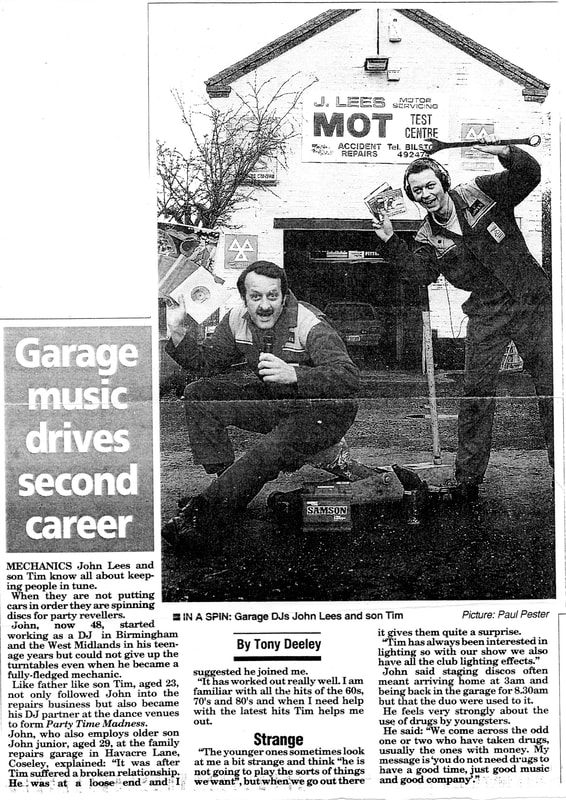 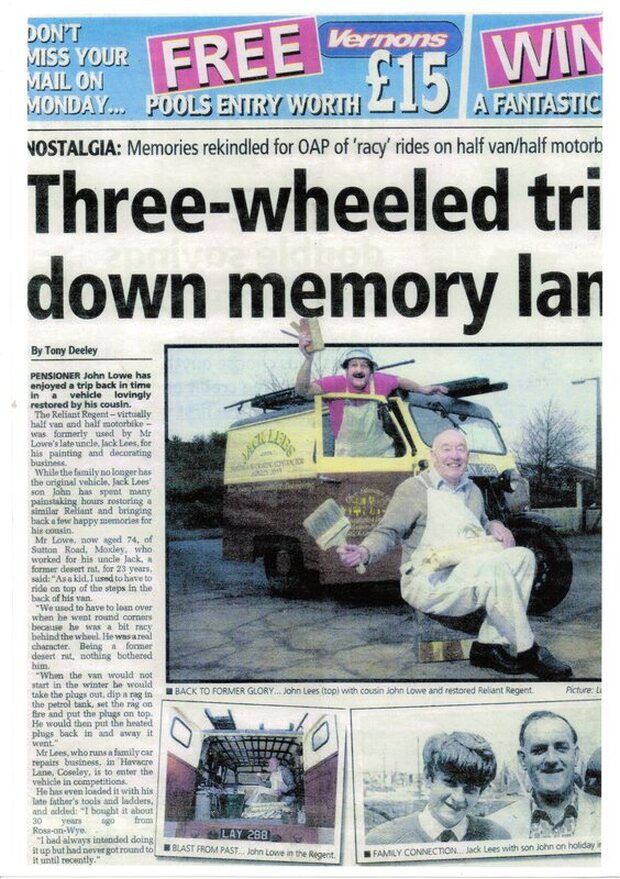