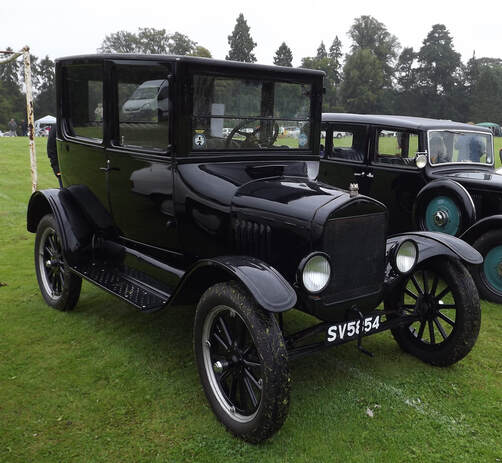 ​Stephanie Nutt has decided to sell Gordon’s 1925 Model T Two Door Saloon following Gordon’s tragic death last year.
Also for sale she has a number of vintage lawn mowers and stationary engines if any member is interested.
To enquire about these items please contact John Davies on 01902330282.
John will pass on your enquiries to Stephanie. 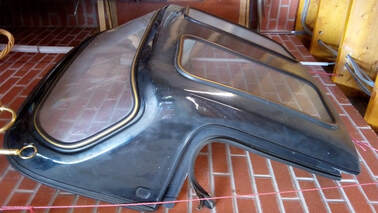 ​Shirley Anne has a hard top for sale.
She thinks it is from a MG B.
Please contact Shirley Anne for further details.01384395379

1969 Snowberry White.
Special club members only £10,000
Originally a barn find in 2017 with one previous owner Genuine 10,00 miles only
I re-commissioned the braking system carried out the usual checks.
Its never been welded or resprayed and it comes with a large history file.
Quite a rare genuine original car.
MOT, Tax exempt Manual, RHD.
Any questions - give me a call please

Sadly Vicki has had to make the decision to sell the 1946 Jaguar SS or Mk IV 1.5 litre, with original number plate GTC 860.
The car was believed to have been manufactured pre 1945, but not registered until 1946. It was originally lavender grey in colour, but was sprayed white and silver by the previous owner as it was part of a wedding fleet of cars. The car was purchased from Bill Winder of Blackpool, with who Vicki is still in contact.
The red leather interior is in very good condition as is the headlining. There is also a full set of tools to go with the car.
At the bottom of the two front doors there is slight bubbling, which was costed and was going to be done last year: this was put on hold due to Roy’s diagnosis.
The car has always been garaged and has a working sunroof.
Vicki thinks the car has had 3 previous owners and the log book registers it as a SS. There is a Production Trace certificate from Jaguar Heritage Trust confirming car details together with a large album of photos showing its complete makeover.
John Lees Motor Services
M.O.T. test centre for Vintage,Classic,Modern,
Motorcycles& 3 Wheelers