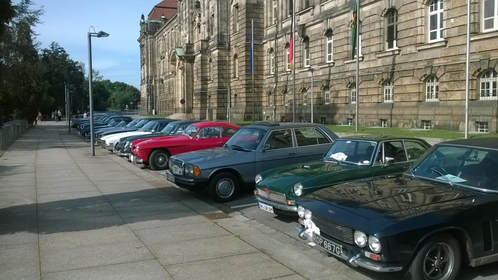 In December 2016 the German arm of the Jensen Owners Club suggested a trip out to East Germany, in particular the Dresden area, as they had enjoyed a trip 10 years previously.  Feelers were put out to see if anybody was interested, thinking that between 10 -15 owners would sign up, making a nice weekend trip. They had enquiries from all over Europe, and it wasn’t long before the organisers realised this was going to be bigger than they thought. Initially they thought that just the German and Swiss owners would be interested, due to the distance, but us Brits were soon putting our names down, and eventually 85 cars from 12 different countries had booked up. We were actually staying near Chemnitz and fully booked 2 hotels in the area for the meeting, which was from Friday until Sunday, quite a distance for just a weekend. The whole weekend was officially organised, with members doing their own organising to get there and back.

My plan was to catch the Wednesday overnight ferry from Hull to Rotterdam, stopping at the Eder dam on Thursday night, and a gentle drive to Chemnitz on Friday, to start the partying. Staying at Chemnitz till Sunday night, starting the return journey on Monday via Colditz, Harz Mountains on the night, Wuppertal on Tuesday night then onto Rotterdam on Wednesday for the overnight ferry back to Hull.
Wednesday 13th September was kick off after flooding the car and it not starting, to topping up the brake fluid my son and I eventually set off for Hull. We met up with others doing the trip on the ferry, and finding quite a few classics on the ferry doing various club events around Europe, and my car was parked behind a rather lovely Alfa Romeo Montreal. A few beers on the boat, off to bed and arriving at Rotterdam early next morning, for the drive to Edersee. The weather wasn’t too good with sunny spells and quite a bit of rain, which was heavy at times, but the Interceptor and Rainex coped well, without any issues. We arrived at the dam at about 3:30, deciding to have a good look around as the sun had come out and it was really warm. This is a beautiful area of Germany and well worth a visit with the dam being a spectacular piece of construction. We were due to join up with another member here at about the same time, they were coming over from Calais, but a few problems with their car, and Chunnel delays meant they didn’t arrive until 23:30!!


Up fairly early the next day to see some local sights, and fix the rad cap on the other Interceptor, and we were off. We kept a steady 80 MPH for most of the journey and arrived at our destination early afternoon and were greeted by about half the cars already there. There were Jensens of all types, 541s, CV8s,  FFs, all variations of Interceptors and numerous Jensen Healeys. Straight to the bar for a bottle of Jensen beer, efficiently organised by the Germans as usual.
Friday night was a BBQ for all members to meet and greet, new friends were made that night, and old friendships from my trip to Turin last year were re-established.


Saturday was a busy day. A tulip rally had been organised, with cars leaving at 1 minute intervals, and alternate cars going different ways, so you should always be approximately 2 minutes away from the next car.  Various tests were carried out over the course of the rally, the first being a diversion into a brewery yard, for you to place your car centrally between 2 banks of beer crates. Points were added to your score the further off centre you were, not as easy as it looks, I was 7cm out. Another test was a slalom course which you had to complete in 40 seconds, but the finish was to get the centre line of your front axle stopped exactly on a specific line. Quite a bit of tooing and froing to get it lined up. I took 41 seconds, not too bad. The 3rd test was to drive through a time gate, then drive through another in as close to 15 seconds as possible. Points were given per 100th of a second away from 15 seconds. One competitor obviously couldn’t count as they accrued 763 points, that’s over 7 ½ seconds away from the designated time. One competitor managed a perfect 15.000 seconds, so no points awarded, and won a prize, you’ll be pleased to know, that was me!! (Well done that boy. ED)
We had lunch high up at Fichtelberg on the Czech border, where after a fairly brisk climb up the mountain to the carpark, I noticed a severe oil leak from my gearbox once parked up. This wasn’t just a drip, but the fluid was pouring out. A call out to the others over lunch yielded 6 litres of auto fluid just in case, and a bit of information from a chap who rebuilds auto boxes told me to keep the revs below 2000, and I should be OK. His advice taken, I decided to carry on with the rally, and keep an eye on the leak, which reduced to a small drip, when not pushing the car and keeping the revs down.
Saturday concluded with a gala dinner at Lichtenwalde Castle, where a young couple were so engrossed in a romantic snog on a balcony, they were totally unaware that there were 200 or so people gathering below them for the results of the days rally. A quick wolf-whistle interrupted them, and they were quite embarrassed to see all these people watching them. A good evening was had with good food, beer and conversation, with new and old friends, from all over Europe. It was quite interesting trying to explain to a young Austrian lady what Yorkshire Pudding is, and that you have it on your dinner WITH gravy.
Sunday morning was breakfast, check the car fluids, especially the gearbox, and off to Dresden for the day. With German efficiency again, it had been organised that we could park alongside the river, outside the State Government Office. Apparently this has never been done before, and the building made a great backdrop to the high number of Jensens attending. From here it was a short walk into the city centre, which is still being restored after the total destruction of the WW2. It is a stunning city which is well worth a long weekend away to visit, with lots of interesting things to do. We visited a couple of museums, including the Transport museum, which had a fascinating Eastern Bloc twist on the vehicles. I also got to sit on a penny farthing bicycle, much to the amusement of our group, who suggested it may be an alternative mode of transport home if my gearbox packs up completely.
Sunday evening was the official ending, with many cars heading home across Europe. For some of us it was our last night before heading home, so 1 or 2 more beers were consumed to celebrate a good weekend.

Monday morning, breakfast done, all fluids checked, and a group of us were off to Colditz for a tour of the castle. This proved to be really good, with escape tunnels exposed, and a mock-up of the glider that was built under the guard’s noses among the interesting exhibits. In the courtyard was a full sized photo of what appeared to be a German guard, but was in fact Airey Neave, in a uniform made by Polish prisoners, who was the first officer to successfully escape, by apparently just walking out.
The tour over, we started our drive home, staying in the beautiful Harz mountains area on Monday night, which was Matt’s birthday, which a group of us celebrated with more beer, and a rather expensive whiskey.
Tuesday morning we now set off alone, leaving the others behind as they had other plans. Our destination was an overnight stay in Wuppertal. I had chosen this as I had wanted to see the monorail that runs through the city. It is 110 years old, travels mostly above the river, but continues up a main high street well above the traffic below. This is an incredible system, which even manages to go up hill, with ease, without any rack to assist it.  A couple of hours playing on the trains saw us doing it from end to end, without us paying a penny, as it was included in our hotel room booking.

Wednesday was a relaxed rise, breakfast done, and fluids checked again. Gearbox doesn’t appear to be using much oil, and it certainly isn’t getting any worse, so the last 4 hours driving to Rotterdam should be, and was, trouble free due to keeping it at 60MPH. This was the section I had planned to really open the old girl up, plant the right foot, see what she would do and hopefully get a photo of 140MPH on the speedo, but alas it was not meant to be. Nothing much to tell about the journey, just nice steady driving, admiring the view as we went. Boarded the party boat at 17:00, ready for the 20:30 sail, settled into the cabin, then off to the bar for a civilised drink recapping on what we had achieved in the past week in the 49 year old motor.
Thursday morning saw us docking in Hull, for 7:30, and immediately hit traffic coming out of the port, in typical British style, a quick traverse of the Humber Bridge, then heading south home.
So 8 days away,  1800 miles travelled, 2 litres of oil used ( oil pressure switch was leaking) 5 litres of Dexron 2 used,  96 gallons of finest 97 RON fuel drank, at an impressive( for a 6.3L engine) 18.6 MPG. All in all a good result met new friends and caught up with old ones too.
Next year I have pencilled in the Swiss tour in October, I must be mad.
Engine and gearbox is now out of the car, and the ‘box already off for overhaul with new torque converter. The engine is now strewn over my garage floor in all its component parts, awaiting just the consumables to be replaced, plus an unleaded head conversion. Whilst all this is out, I’ll refresh the engine bay.


Thank you to Kevin for this very interesting article. It has given me some good ideas of places to visit with the caravan. 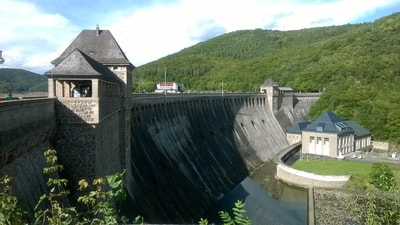 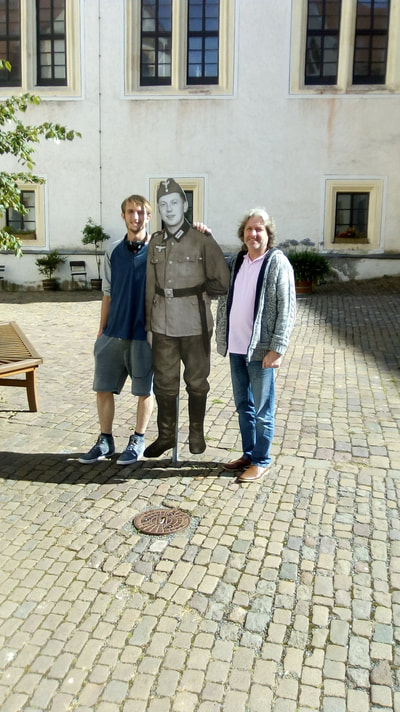 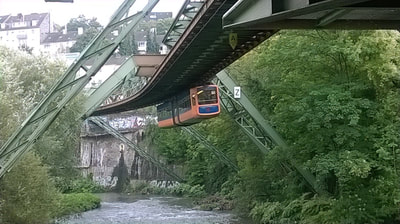