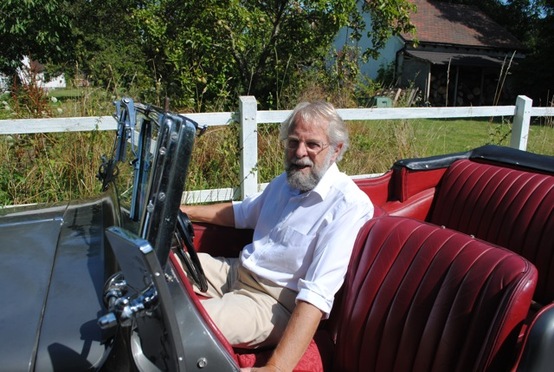 Remarkably, John Bates has owned for over fifty years the superb VA tourer featured in an article written by Malcolm Green recently published in the MG Owners’ Club Magazine. John says he was running a VA saloon when he took a fancy to a tourer he saw being used around the Acocks Green area of Birmingham. He spoke to the driver, Frank Humphries who had owned the car for about ten years, to see if he was interested in selling it. At the time he said that he did not want to part with the car, but promised to let John know should he change his mind. About eighteen months later Frank telephoned to say that his wife was fed up with travelling in a car she found to be cold, draughty and not watertight when it rained. He was looking to buy a VW Beetle and agreed to sell John the VA for £90, quite a lot then for a pre-war car.

Aged just 21 at the time, it isn’t surprising that the day after he bought the car he took it down the A38 to see how fast it would go. The answer in that age before an overall speed limit was over eighty before a big end bearing failed. Luckily he was able to get towed to a small garage in nearby Worcester where they took a re-metalled con-rod off the shelf and fitted it there and then. He was on his way a couple of hours later having paid the very reasonable invoice. Try doing that now.

The VA was in generally good condition and painted light blue with dark blue trim. He ran it as his everyday car, covering about twelve thousand miles a year. By the early 1970s it looked a bit scruffy so he treated it to a coat of cream paint, applied by a brush. John was then a policeman, working latterly in Special Branch, and took advantage of a scheme funded by the force to go to university to obtain a degree. He then changed career and became a teacher in a school in Solihull for children who had been born deaf. He is proud of the fact that they managed to get pupils into University in about the same proportion as those with hearing.

The VA languished in the garage for some years, through a couple of house moves, and endured use as a climbing frame by his children. The arrival in 1984 of an inheritance from his grandmother funded a full rebuild that included some bodywork and a complete re-paint and re-trim. Since then the car has been driven some 90,000 miles, meaning that overall it has covered in excess of 200,000 miles. John has driven it in France, Holland and taken it to Berlin twice and continues to regularly attend events. He was early on closely involved with the register for the SVW models in the MG Car Club and is still a supporter of their activities.

The early history of VA 1279 is particularly interesting. Built in February 1938 it was exported to Switzerland as a show chassis, probably for display at the Geneva Motor Show the following month. The factory may have been specially finished the chassis for display as John found when the gearbox was removed in recent years that at some time it had been painted white. John has a picture of one VA carrying a Swiss DHC body and it is just possible that it was built on his chassis, but firm evidence eludes him. However, the chassis later returned to England and was fitted with a late numbered standard tourer body and sold through B. Waterhouse & Sons, 82 Manningham Lane, Bradford, who were agents for a number of different makes of car. It was first registered in June 1940, long after the Abingdon factory had moved over to armament production.


This was abstracted from the 6 page article in Enjoying MG, the magazine of the MG Owners Club December 2014, Malcolm Green is a Regular Contributer  copyright obsevered 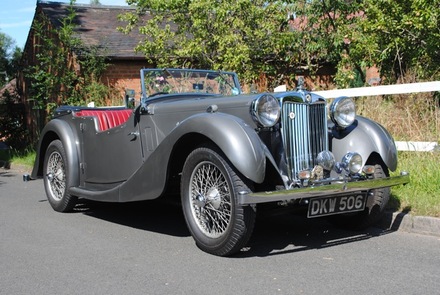 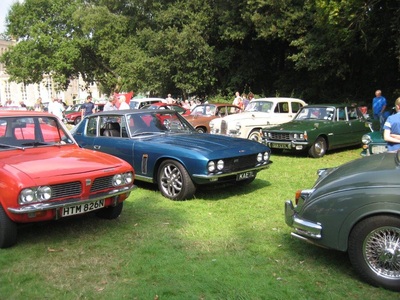 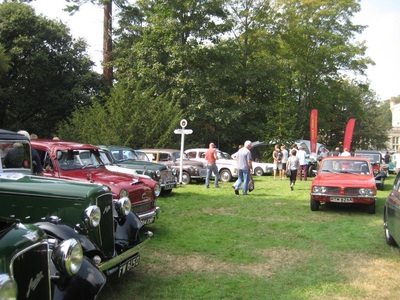 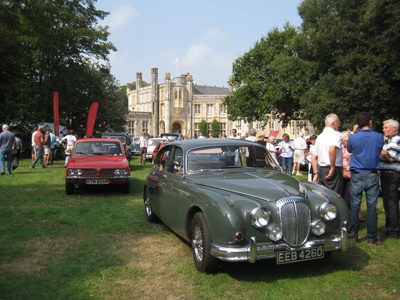 Sunday 7th September I went with MGB to Highcliffe Castle Classic car show, If you look at the photographs is difficult to find a car that wasn't made in the Midlands. Most of these manufacturers no longer exist!

It makes you realise just how much the UK relied on the Midlands for car production and that's not to mention all the parts, trucks, vans and bus production.

Makes me proud to be born and bred in the West Midlands.

Best regards to all 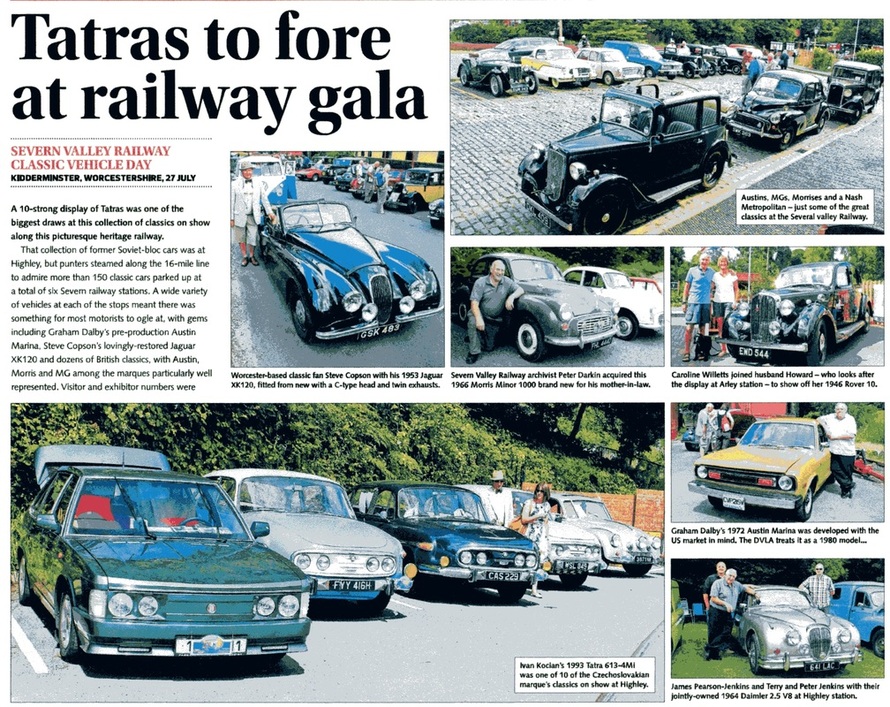 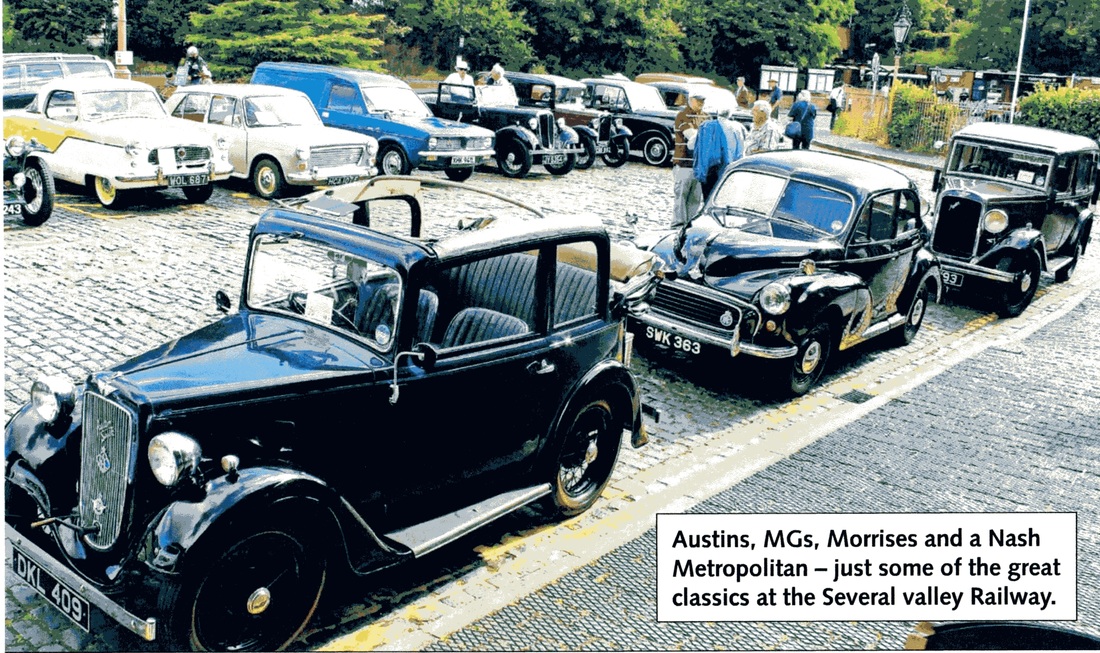 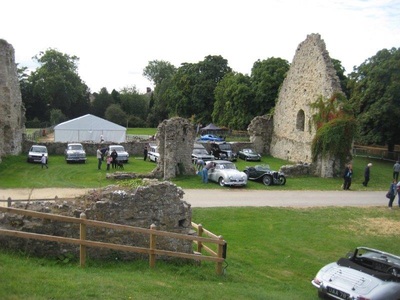 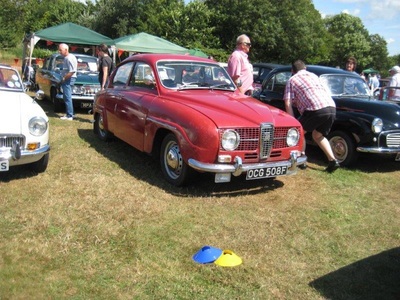 Just to show that I am still active a couple of pictures, Saab picture is from the Lymington show on August 3rd and the cars in the ruin is from the Classic and Sports Car show at Beaulieu on the 24th. This area was our club stand, we had another 6 cars later in the morning. My MGB is in the corner.

I don't know how many of you have been to the Beaulieu Motor Museum, it's OK but nowhere near as good as Haynes or the one at Coventry and cost £20.00 to get in unless it's a special day. We paid £10. Lots for kids to do if you take the grandchildren.

I always wear my SPWCC shirt which generates a lot of comments, it's amazing how many people at the shows originate from the West Midlands.
Regards to all
John

From our Southern Correspondent John Roden re his new car 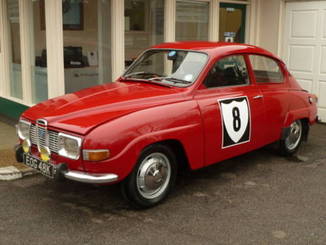 I have always loved the Saab 96, can remember going to watch the RAC rally in late 60's early 70's and seeing them, watching the two strokes screaming along, chasing the Mini Coopers!!!

This is a 1972 V4, this is the German engine which was made for the Taunus and the Corsair in the UK. It's a very short engine which sits in front of the gearbox replacing the 3 cylinder two stroke. Only 1500cc but now has a Webber twin choke carburettor.

They are renown for rot underneath, but this one has had all the hard work done, also interior re trimmed to original specification.

They are a bit quirky! Still has the free wheel gearbox (which works), you can switch it off and just use the clutch but I am persevering at the moment.

You need a degree in Swedish engineering to open the bonnet and get the key out of the ignition. Even the windows pivot from the front as you wind them down.

Reason for the No 8 is that was the number Stig Blomqvist had in 1972 on the
V4 he won the Swedish Rally with. See picture of model.

I have only had it for three weeks so not done any shows yet, but certainly generates a lot of interest whenever I take it out.

When did you last see one on the road???

Best regards to all